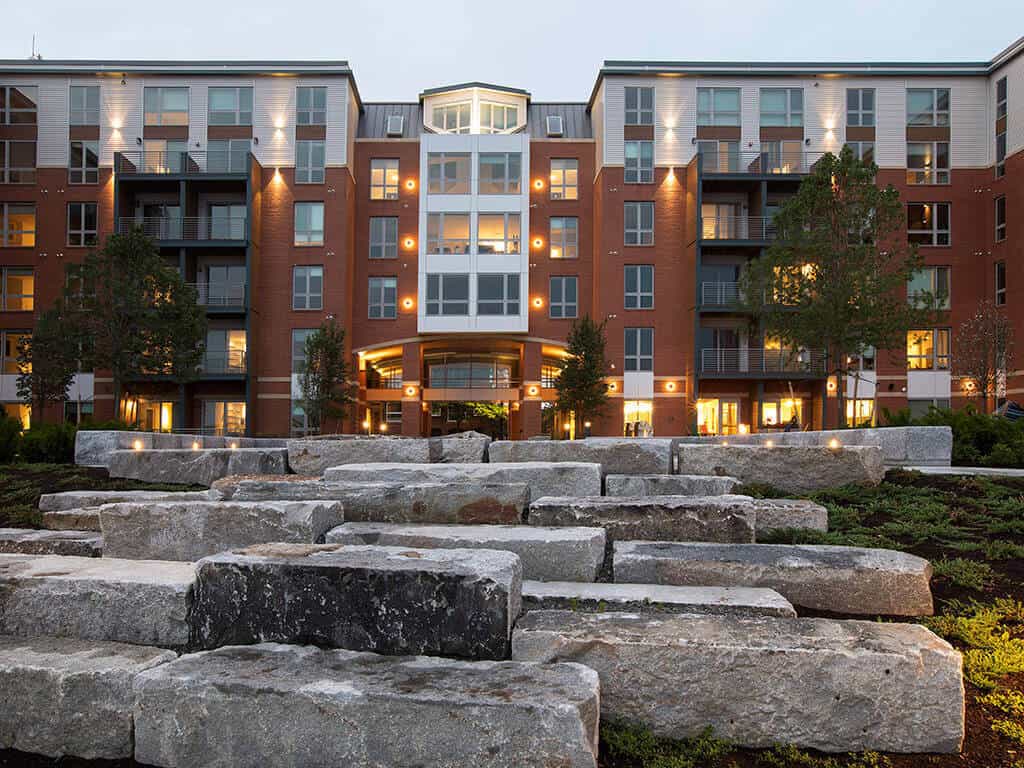 Our Boston East apartments are a world away with the city in full view. At Boston East, Boston Harbor is an extension of our spacious front yard. Let the water soothe you as you relax by the fire pit. Take calming breaths as you paddleboard or kayak in rhythm with the current. There is plenty of room for your active lifestyle. Enjoy the outdoors and take advantage of the open space. Our apartment complex in Boston is all about mindful living with unparalleled proximity to the city. A stressful commute isn’t good for you and our location couldn’t be better. We are minutes from Logan airport. If you had to, you could walk there. We are 800 steps from the Blue Line Maverick T stop. And the water taxi is just three blocks away. Once you’ve taken a water taxi to work, it’s hard to go back. Going for a drive? We have indoor parking, on-site Zipcar, concierge, fitness center, and bike storage. 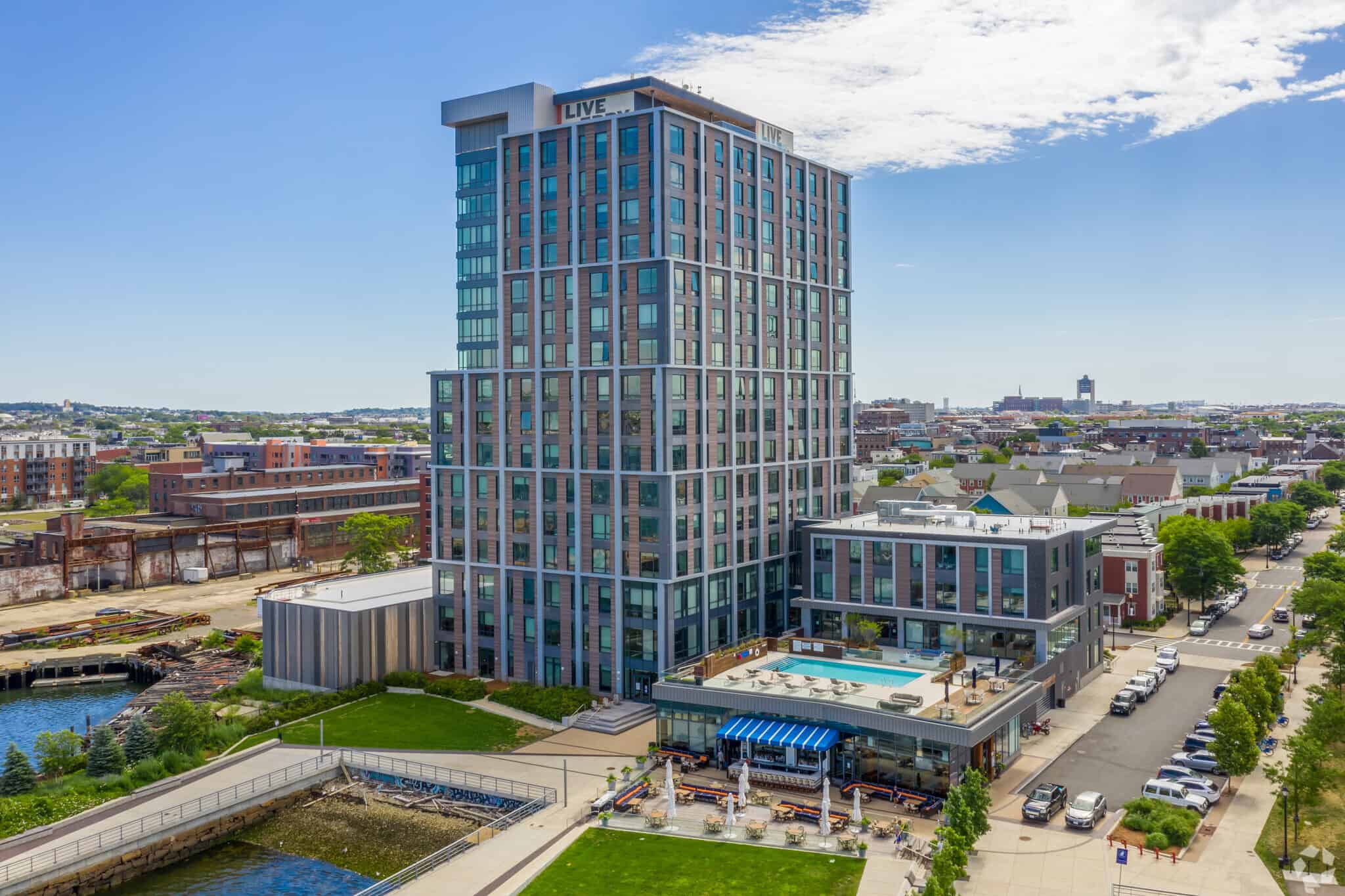 The Eddy is East Boston's premier waterfront luxury apartment building. The Eddy, which has unobstructed views of the Boston skyline, features 258 studio, one and two-bedroom residences. Resident amenities include a top-floor roof deck with unmatched views, a second-floor pool deck with a fire pit and barbecues, a fitness center, on-site parking, music practice rooms, conference rooms, communal lounge space and a dog wash. The Eddy also has direct access to the Boston Water Taxi which provides water transportation to Rowe's Wharf with direct access to the Seaport and Financial District.

ReelHouse, a beautiful waterfront destination restaurant and bar, operated by Navy Yard Hospitality Group and Chef Marc Orfaly, is located on The Eddy's ground floor. The Eddy includes approximately ¾ of an acre of outdoor public open space including an extension of the East Boston Harborwalk, kayaks available for public use and a water transportation dock. The Eddy is located steps to East Boston's Maverick Square and the MBTA Blue Line, a one-stop subway ride to Downtown Boston. 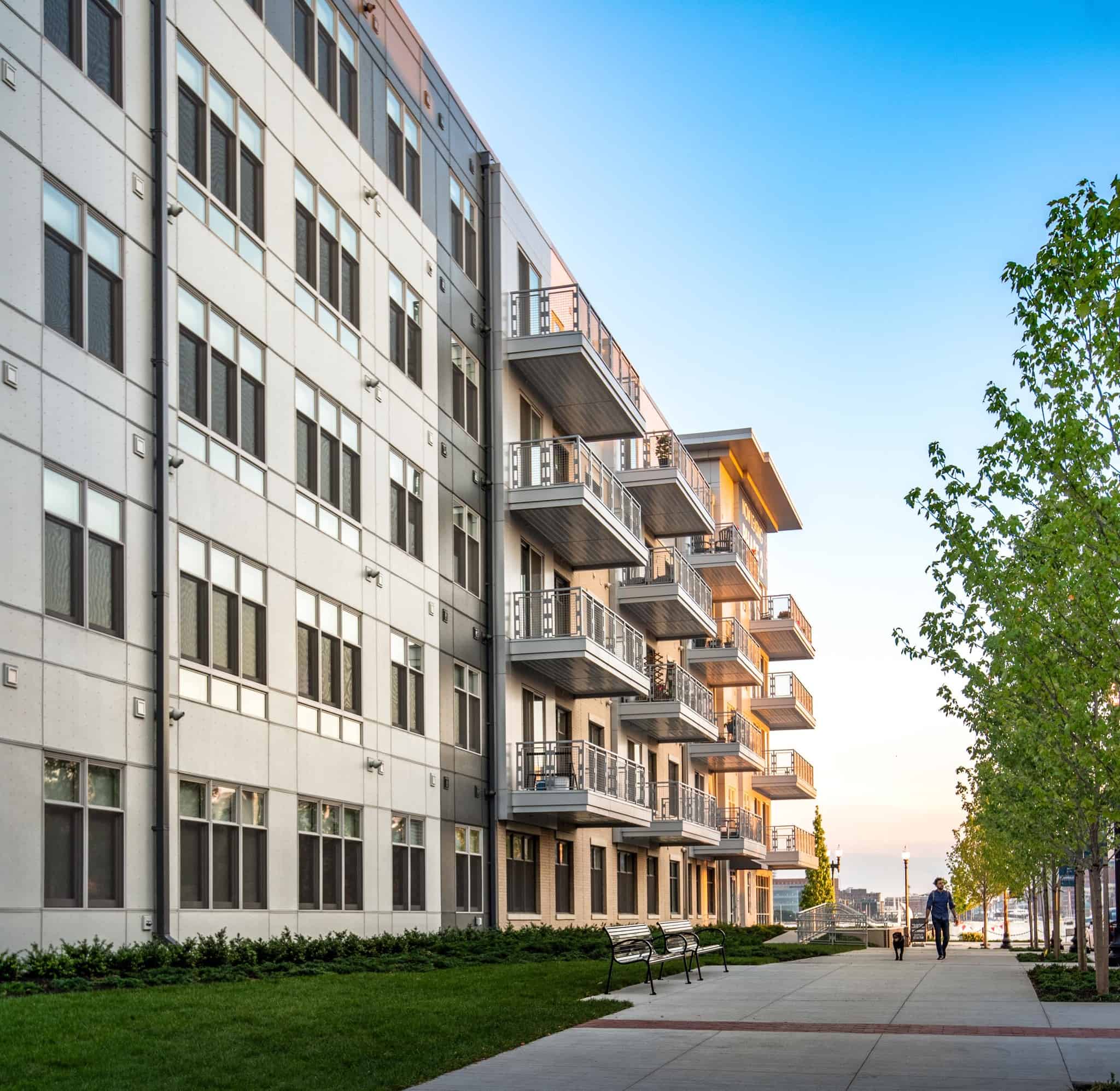 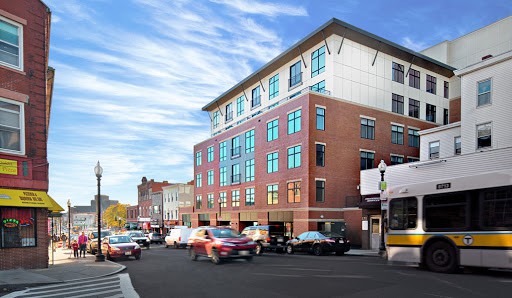