Lewis Wharf was built in the 1830s as a major shipping warehouse and converted to condominiums in 1973. There are 94 residential units on four floors and 60 commercial units on the first two floors. These condos, reminiscent of their historic beginning, have high ceilings, bricks and beams, and most have fireplaces. Lewis Wharf amenities include 24-hour concierge and security, two elevators, a luxurious swimming pool, beautiful gardens and the only rooftop common laundry room in the city with panoramic views of Boston. Rental parking is available on site. This historic building features a wide range of units and floor plans including open loft style studio apartments that are roughly 700 square feet to large double units which are over 2,000 square feet. The nose units at Lewis Wharf feature three exposures and some of the best views in the city. Lewis Wharf is one of the few buildings in the city where essentially all utilities are included in the condominium fees including electricity. Located along the primary footpath of the Waterfront, Lewis Wharf is positioned in one of the most dynamic and exciting locations in Boston. Within close walking distance is the scenic Christopher Columbus Park, Rose Kennedy Greenway as well as over 100 restaurants, cafes and shops in the historic North End. Public transportation is very accessible from Lewis Wharf including easy access to the Green, Orange and Blue Lines.

Want to schedule a visit at Lewis Wharf? 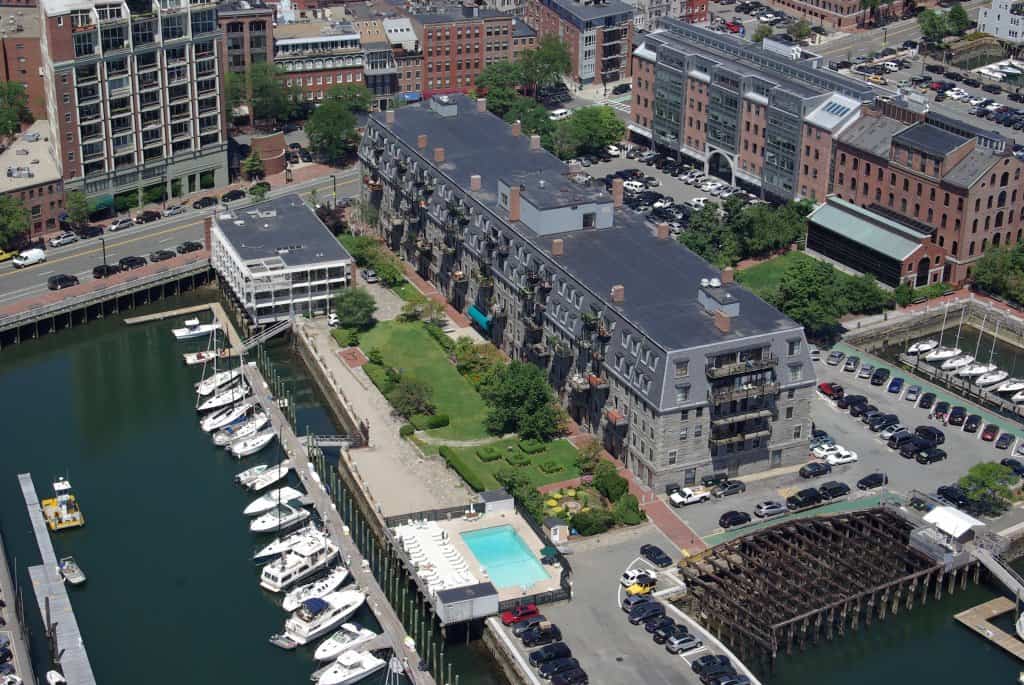