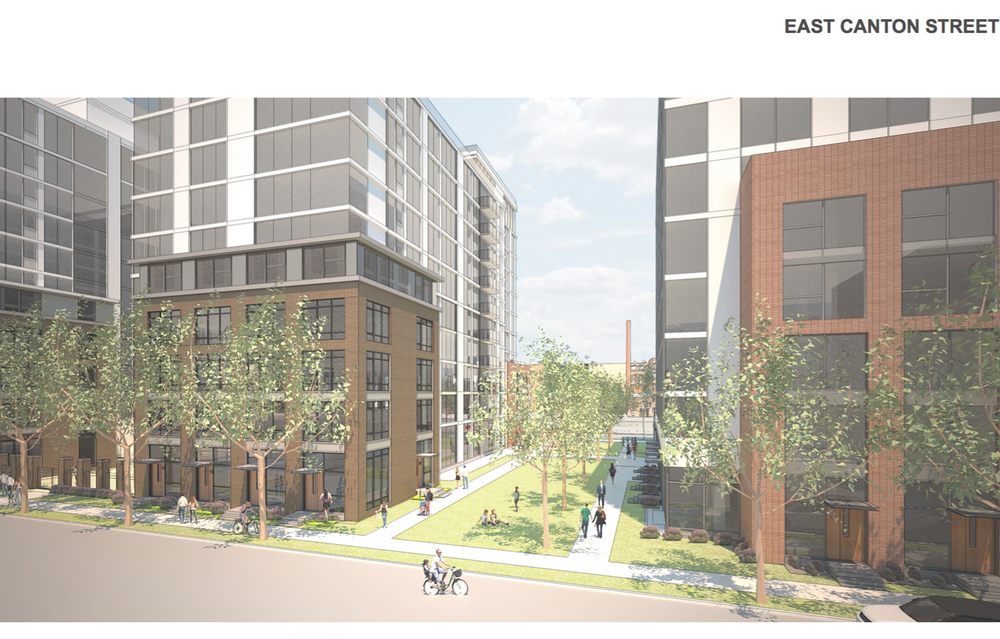 The development will include new buildings, new street designs, friendly open spaces, tree-lined streets and more to really create a sense of community with the space.

The project will bring around 696 new apartments to the neighborhood, adding to the already thriving community in the area.

The two residential buildings in the space would be around 11 stories high along East Dedham Street and East Canton Street. Another building at 575 Albany Street would be renovated and an additional five-story glass addition would be constructed on the top of the building.

The development would also include office space and a large underground parking garage for residents and visitors.

Throughout the project proposal the height of the buildings have decreased in order to fit more in with the surrounding development, however the mass of the project has increased.

The development would sit on a 3.1 acre site and will seek a LEED Silver certification upon finishing the project.

The proposal has been submitted however start dates and expected finishing dates have yet to be announced.

Contact us for more information about this and other new developments around Boston.