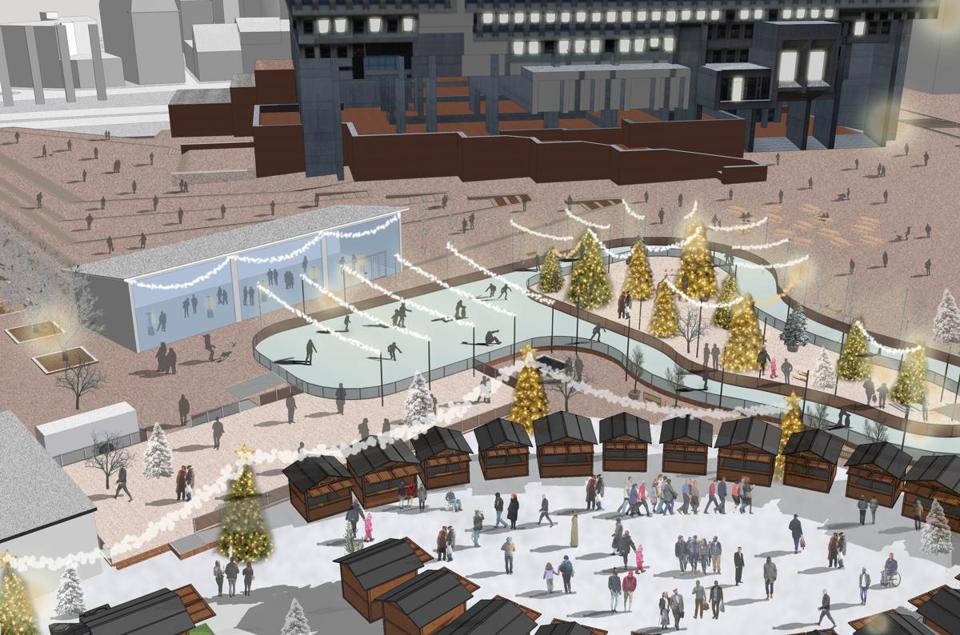 Plans for a Winter Garden at City Hall Plaza have been unveiled in hopes to make use of the underused civic space in the center of downtown.

Although the original proposal was more extravagant than the final plans, there is now a three-year contract that will bring different phases of seasonal amenities to the plaza.

The first phase will see a beer garden, ice-skating path, and up to 50 holiday vending stalls along Cambridge Street, beginning construction at the end of October.

The area will officially open to the public on the Friday after Thanksgiving and will remain open until the end of February, but some vendors will close after New Years Eve.

Operated by Boston Garden Development Corp, plans for the space include incorporating special events and programs on the plaza as well.

Two of the features of the original proposal however, are no longer included in the plans due to logistical and structural issues. These included an iconic observation wheel and a full-service restaurant.

Although these are not included in the plans for the next year, they still remain possibilities for the future of the site.

This is just the first step for the site, which city officials hope will become a successful hub in the city that will continue to evolve.

The ice skating rink will be open to youth hockey games and corporate events as well as the public. The vendor shops will be a mix of local and national companies selling everything from food to jewelry.

Check back for more on the development of this new and exciting community space!