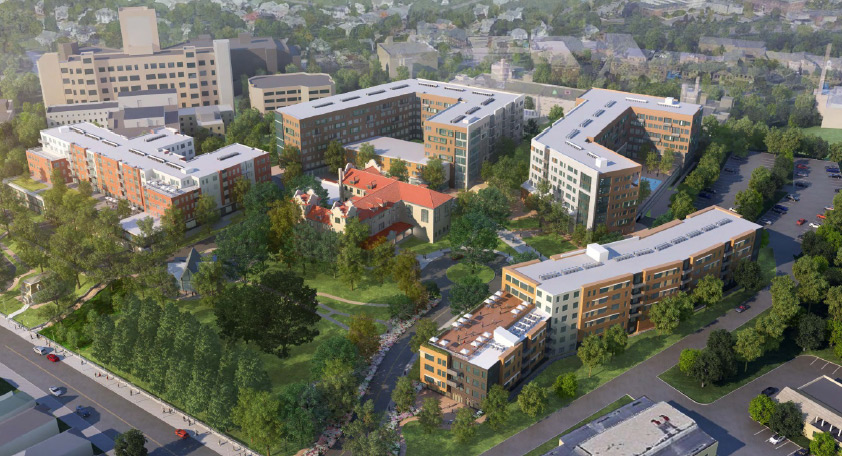 Details have been filed with the Boston Redevelopment Authority to develop the 11.8-acre site of St. Gabriel's Monastery in Brighton, which is no longer in operation.

A huge new development proposed by Cabot, Cabot & Forbes and Peak Campus would bring around 679 housing units, most likely apartments, to the space, according to Curbed.

The units would be laid out across three buildings and the renovated monastery building would be included, as well as the already existing Pierce House. The development would include the five buildings and 395 parking spots.

The Brighton complex would be connected by paths and roads with plenty of surrounding green space.

According to developers, the design and marketing will all be targeted towards specific demographics, including graduate students, young professionals and other university related staff and residents. Although they will not be limiting the space to these specific groups, that is the intended audience.

This development comes along with many other student-focused projects around Boston, hoping to attract this group away from the regular hosing market that is growing increasingly competitive.

If everything gets approved the developers hope to begin construction by mid 2017, and complete the large project within two years.

Contact us for more information about new developments around Boston and help finding your new home.