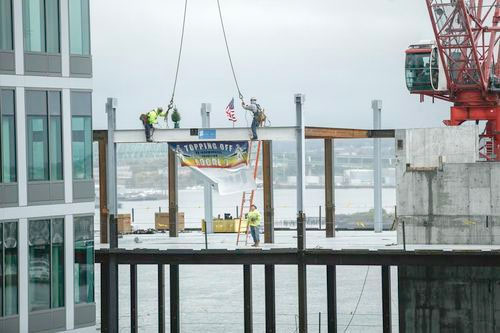 According to Hub-Wide, Boston's Luxury Apartments brought in a whopping 9.8B in rent in 2014. And rent revenues aren't expected to slow down now.

"In all, the BRA approved construction projects totaling more than $3 billion in 2014. Adding those to ongoing projects approved in prior years, the city had more than three times the total in square footage of development underway in 2014 than just two years earlier." [Globe]

With the construction of luxury apartments coming about, we predict rent revenues to exceed this year's wowza number by a landfill -- We look forward to seeing what 2015 has in store.