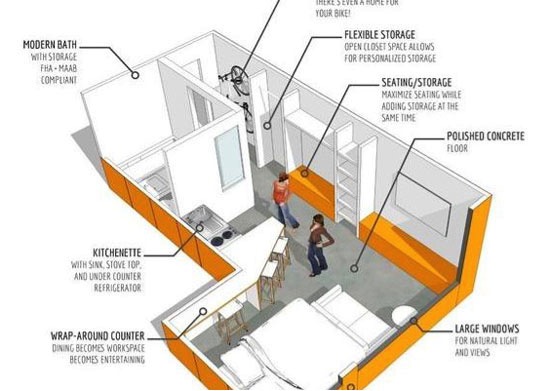 There has been lots of talk lately about so called ‘micro units’.  These abnormally small apartments are catered towards young working professionals.  It is still unclear as to whether or not the demand for this sort of housing is there in Boton, although many developers see the idea having strong potential.

From the Boston Business Journal:

“City officials are weighing requests from developers seeking zoning changes that would let them build what commonly are called micro apartments in various parts of the city, ‘The notion here is that if you can build accessible housing — not affordable in the sense that they are price-controlled by the city, but unit types that are priced appropriately for this sector, for young people —and getting them to live near they work, was an important part of this innovation strategy,’ Shen said.

‘We have no excess supply of that. As many as have been built have been rented,'” Kairos Shen, director of planning at the Boston Redevelopment Authority, said in an interview with the BBJ.