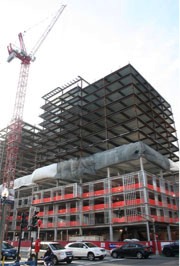 Seaport could be the next hot neighborhood in Boston!  According to the Boston Business Journal, asking rents in Seaport are rising above those of other areas such as the Financial District.  Keep an eye on new construction in the area!