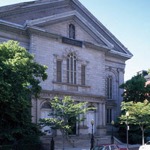 The South End is still getting lot’s of attention in the rental Market. GTI Is trying to move forward with a residential conversion plan at 775 Harrison Avenue. The new complex would have approximately 62 apartments.  There is so much to offer in the area including the new Whole foods going in by the Ink Block, another big project in the South End.

Boston.Curbed reported on the impending conversion:

“The new complex would have approximately 62 apartments, ranging from 4-BRs to studios, with most of them located within the converted church itself. In addition, GTI would build three townhouses at the site, also rentals. Though the church is quite aged, it’s not a designated Boston landmark.”

The full article is available, here.